Although we are not an environmental group specializing in cleaning beaches, we have a sincere heart.

Although we are not a professional organization cleaning beaches frequently, we do our best.

A few days before the event of beach cleanup, I saw the photographer Karen Catbird’s photographs of beach: there was a mother black skimmer held a small fish in its beak to feed its baby intently, but when the photos were enlarged, the so-called food fish was actually a cigarette!

When the dead turtles were dissected, their stomachs were found eight kilograms garbage of plastic; little seabirds miserably died of a piece of plastic or glass which seems like no big deal in the sight of us human beings. The above were practical examples we mentioned at the beginning of the beach cleanup.  When knowing the truth, taking a true heart and giving no thoughts to possible hot weather, we, the group of beach cleanup volunteers, who made departure from southern to north Taiwan in the early morning of weekend began to bend over to carefully pick up garbage in the Sand Beach in Sanzhi, New Taipei City. The weathered plastic fragments which are half exposed in the sand and the styrofoam particles which float in the wind to pick up is difficult, if they are on the normal road, no one would notice, but when they are on the beach, for marine life, we didn’t let these “small things” escape at all. There were also large substances like twisted and sharp iron pieces, glass bottle pieces, bamboo sticks, PET bottles, beverage boxes, and etc. The garbage left by tourists may not only pose a danger to tourists who play barefoot on the beach, but also will become the fatal killers for marine life when they rush into the sea with heavy rain.

Someone once asked me, "I have never left garbage there. Why should I go there to pick up garbage?" It is indeed a good question, I answered at the time, do you know that the soil of unpopulated mountain now measures heavy metal pollution? Then why? It is because the pollutants in the air travel around with the wind and then are carried by the rain to the so-called unpopulated mountains. All lives on the earth actually affect one another, so at which place we pick up garbage is not the point, what we do is just to pick up a small garbage from the significant quantities of garbage pollution that we make in daily lives of 365 days by the precious opportunity of the one hundred minutes. Of course, the garbage we pick up in the one hundred minutes is disproportion to the pollution we made daily, but if the small action we even don’t take, then we really have done nothing. Therefore, with the efforts of every one of us, 36 persons (including children), a total of 96 kilograms of garbage was picked up, nearly twice as much as last year's 57 kilograms, everyone was pleased with the sweat left behind. At the lunch time after the beach cleanup, we heard many participants sharing their feeling about the beach cleanup enthusiastically. Some people reflected on the source of the garbage and decided to be cautious and reduce desire in purchasing and using. Some people experienced being blessed by the nature universe and were so grateful. As everyone paid their physical strength, they actually got more spiritual gains. The so-called blessing of the universe is---- because the recent weather in northern Taiwan was often either hot sun or heavy rain, the reason many people don’t participate the beach cleanup I heard was – too hot. Therefore, a few days before departure, I had been praying that the universe can give us a cool cloudy day, otherwise if the weather is too hot that the participants can’t endure, there will be no one willing to come to the beach cleanup…. This morning in the Sand Beach bay, what came into our sight were the blue sky and clear water, the sun was just covered by thick black clouds in the direction of the land, so it was really a weather with cool breeze which was not hot! I was really very grateful that the universe made this wish come true. I often say that when we really want to do something right with our true heart, please believe, the whole universe definitely will help you. That day, I felt so grateful to the universe, the Buddha, the Dharma and the Sangha. And thank everybody again for being willing to do such a meaningful thing. See you next time~ (more photos of the activity are at 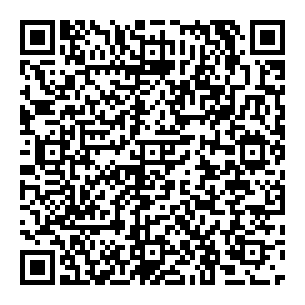